1973 – A small group of potters got together to discuss topics of interest. 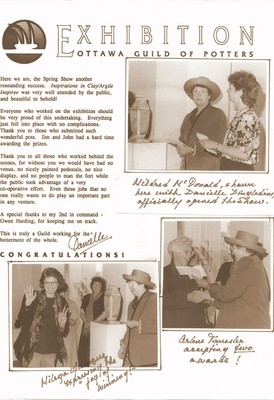 1977 – Ottawa Guild of Potters incorporated and a competition for a seal was launched with John Reid’s three cones in profile as the one selected.

1978 – Retail space was found in Eric Rasmuisel’s Canadian Ceramic Supply shop. Standards Committee was formed to check all tables at the pottery sales. 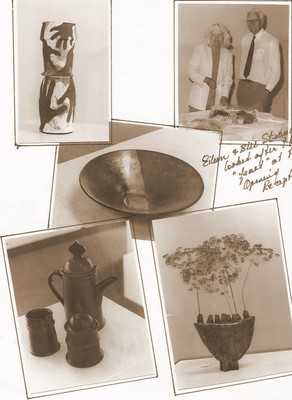 1983 – Newsletter provides information to members. Glebe Community Centre too small for all the potters interested, so the space allotment for each was reduced. The Perfect Setting competition launched by the Ontario Potters’ Association (later Fusion) for dinner settings. 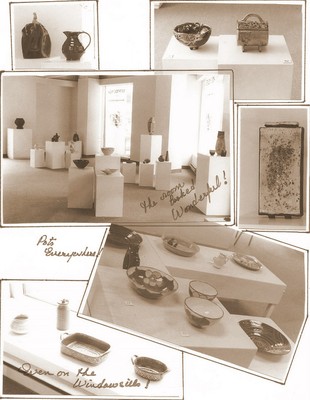 1988 – Alarm raised in Ottawa Citizen about lead in pottery glazes. No one in the Guild used lead glazes on their pots. Workshops by Ankaret Dean ( Oakville fibre artist) on basket weaving techniques, Bruce Cochrane of Sheridan School of Craft and Design on colourful earthenware techniques and Lise Fleury hands-on workshop on sawdust firing. New Visual Arts Centre in Nepean opened. 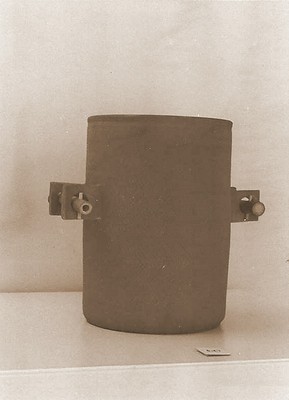 1992 – OCC and Fusion both receive donations of $250 each from the Guild. Potters offered demos in lieu of fee at the Tulip Festival. Mimi Cabri talk Bathing in Champagne, about her tile making to refurbish the Champagne Bath. Dr. Trevor Hodge from Carleton U. talked about How the Greeks went to Pot. Inspirations in Clay exhibition juried by John Ikeda and Jim Thomson held at the World Exchange Plaza. Workshops by Eric Lindgren and Seth Cardew.

1995 – Library books are not returned on time will pay new fines. Donation to CHEO Burn Unit, since the Fire Hall was rent free. Member workshop potters to receive $75. Growth in the number of potters has caused problems for sales venue. New participation criteria were established.

1996 – Fusion Conference at Carleton U. again with John Leach as guest artist. Fusion Exhibition was in St. Pat’s Hall.   Eight member workshops were held: mixing and measuring glazes, loading and firing an electric kiln, four methods of making plates, throwing off the hump, making goblets, slip trailing, psychology of the rice bowl, building and firing a raku kiln. Guild participated in Ottawa’s Festival of Lights by decorating a tree with withe clay ornaments hung with red ribbons and mini lights. The tree was auctioned and proceeds went to charities.

1997 – Festival of Lights participation again. Closing of the Glebe Community Centre for 3 years requires that the Sale moves to the Hellenic Centre in the Spring of 1999, with a space that is twice as big. Student bursaries to 3 high school students. Workshops included Intro to the Artist’s Way by Heather Mallett and Throwing and Glazing by Carol Ann Michaelson. 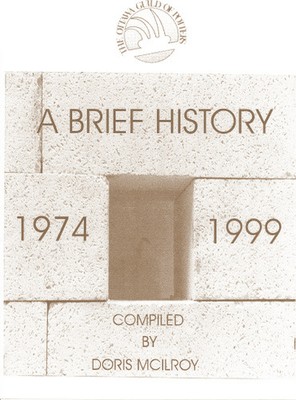 1999 – Spring Fling 25th-year celebration at Lynda Northey’s. Lynda has invited potters to her place every year since 1984! The Sales positions of convenor and co-convenor  increased to 5 members: Treasurer, Application Convenor, Shirt Convenor, Job Convenor and Publicity. Christmas sale at the Hellenic Centre was a huge success. Launch of Hungry Bowls with Rasputins: free soup on the purchase of a bowl in December. Over 100 bowls donated and customers paid $10 to go to the Food Bank. History written by Doris McIlroy as another 25th anniversary project.

2000 – New Millennium – new reason to celebrate with the exhibition Who We are as Potters held at Ottawa Carleton Regional Headquarters (now Ottawa City Hall).

2013 – Our 40th anniversary.  Let’s celebrate together! Clay Olympics, group mosaic and exhibition. Cynthia Bringle was invited to present her methods and thoughts about her vast experience as a potter.