In 2017 the Ottawa Guild of Potters undertook a sesquicentennial project and created COMPASS which was a site-specific,  outdoor art installation of 3800 hand-made, ceramic sculptures designed to celebrate the opening of the Royal Canadian Geographical Society headquarters. It was made up of four sculptural shapes - feathers, roses, fleurs-de-lys and birds - arranged in the shape of the compass rose logo of the RCGS. Each sculpture was unique, authentic and original but together they told a larger story.

COMPASS told the story of the three main groups of people here at the time of Confederation, Canada today and Canada projected into the future. The feathers, roses and fleurs de lys are sculptures that were part of a special project for Canada's sesquicentennial in 2017 called Populace, where 9000 of these exact pieces were installed at the Canadian Museum of Nature. Populace was re-imagined as Compass, which told the story of the Indigenous peoples (feathers), the British peoples (roses) and the French peoples (fleurs-de-lys). 195 ceramic birds were added, one for every country in the world today. The installation, which was oriented due north, was designed in all white to highlight the meaning behind the project: peace in all directions. The feather sculptures were the most numerous and were at the centre of the project, respecting the first peoples to Canada and the land upon which the installation stands. At night, a 4-directional light display emanated from the installation's centre and shined upward as a beacon of hope. A bright Canadian future sending a message of peace in all directions.

Populace was a significant outdoor, ceramic art installation. It recognized the people who lived in the Ottawa area at the time of Confederation by creating thousands of ceramic feathers, roses and fleurs de lys, recognizing the Indigenous peoples, the English and the French.
The installation was set on the grounds of its site partner, the Canadian Museum of Nature from June 17, 2017 until September 4, 2017.  Each flower and feather was hand-built out of ceramic clay, fused with a lustrous light glaze and installed on individual rods on the Museum’s grounds.

Populace involved numerous individual and community ceramic groups, community centres and high schools that contributed to the production and installation of the ceramic sculptures.  The installation was open and free to the public.

Populace delighted visitors who walked freely about the installation, took photographs and became immersed in the experience.  Populace was an initiative designed by the Ottawa Guild of Potters to highlight the ceramic arts for Canada’s 150th celebrations, to engage with the larger community to create a beautiful example of public art that was enjoyed by thousands of visitors. 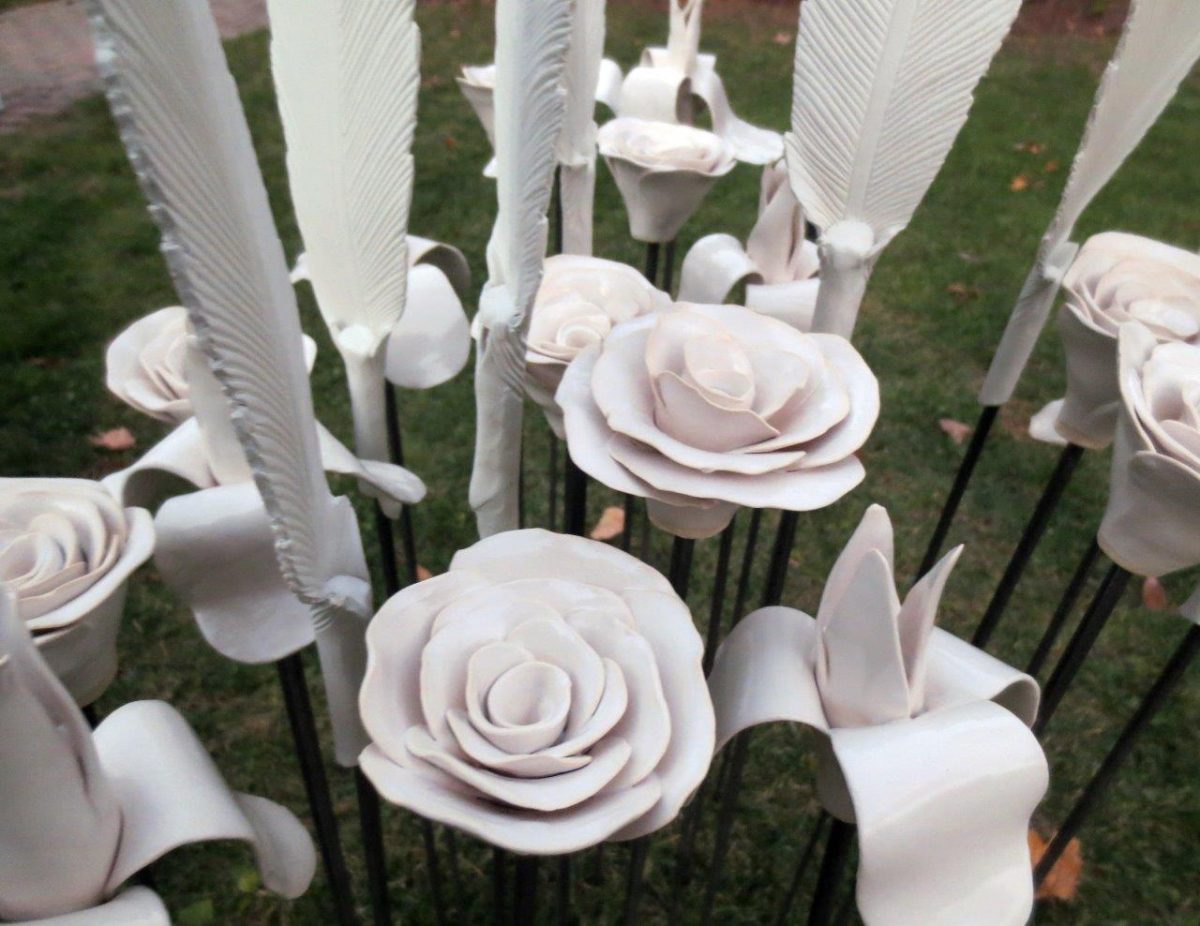 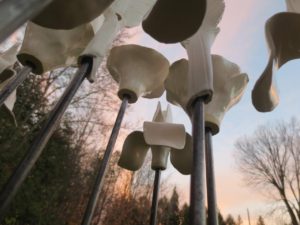