Through the Guild Workshop conducted by Harry Nowell, the following information is presented to assist anyone looking for information on how to photograph your work for various Guild events.  We hope you find it useful.

If you don't have all the gear to take professional photos of your pots here's an easy way to do it using available light.  For a seamless background use a neutral gray mat board usually used to frame and mount pictures.  You can buy this at Wallacks on Bank Street, it comes 32 X 40 inches for $7.98.  You want a neutral gray without any hint of other colours.  Bainbridge white core Jurassic #718530 W529 is good, or Crescent brand #SRM1027 as used in these photos is good.

The basic idea is to prop the board against something and curve it using
some weights to provide a seamless background.  In the photo to the left
some tiles serve for weights and the set up is outdoors in the shade.

The set up is just as well set up indoors near a window with lots of light.
The mat board can be propped up against some furniture moved into place.
For fill light, a white piece of cardboard can be used to reflect window
light back to the subject.  Outdoors we had a problem of the house next door creating an undesired reflection which we had to block with a piece of
cardboard while at the same time reflecting white fill light.

You will want to play around with the angles of your shot.  Check your photos on a computer and re-shoot until you get the pictures you want. 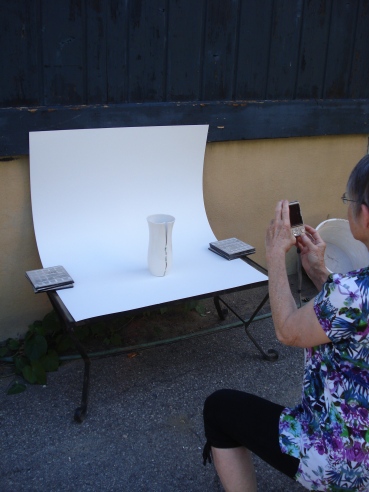 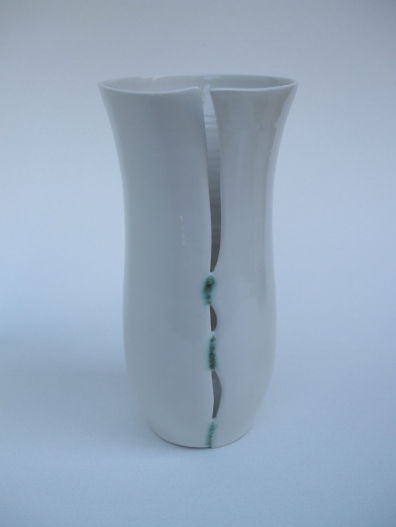